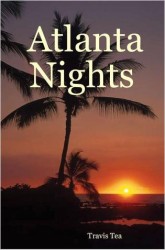 It takes talent to write at both ends of the literary spectrum - exceptionally good and godawfully bad books alike. And Atlanta Nights

My first question is, who's going to profit from this movie?

I'm sure the movie will be interesting, but I'd rather have seen PA go to trial than simply ridiculed. It's hardly justice for the sham they continue to perpetrate.

The cover shows an admirable attention to detail, since Atlanta is really not anywhere near a beach.

Maria - I've asked Rachael to comment on the profit question, so I hope she'll show up. :)

I'd like to see PA on trial as well, but I doubt it'll happen, for several reasons.

1. Some PA contracts specify arbitration, or require such issues to be addressed in courts in Maryland. Many authors don't have the time or the money to pursue these routes.

2. Once the authors take legal fees and other expenses into account, it may not be worth whatever they stand to recover from PA. Compared to upfront scams like Sovereign (one of the few vanity presses whose owner was taken to court), PA charges smaller amounts. Spread out over thousands of authors, of course these amounts add up nicely, but it also means that individual authors are less likely to pursue legal action.

They're more likely to eat that loss of a few hundred or a few thousand dollars (the loss of their time, effort, books and dreams is another matter).

3. PA often does deliver books and services. They just happen to vastly overprice the services, make certain the books won't sell, etc. - but then it'll be up to the authors to prove that this is actually fraud rather than incompetence. It's not illegal to be a poor businessperson (just as it's not illegal to use the same cover "art" for twelve different books).

4. Victoria Strauss's post on why literary scammers are hard to prosecute was written in 2006 but it's still applicable today.

But I don't think PA's doing so well these days - judging by the number of books they're putting out, anyway. The rise of affordable self-publishing is probably taking a toll on the vanities as well.

JH - That's probably the least inconsistent and bizarre thing in the book. :D

Wishing the film tons of success! Should be a lot of fun, and it will also hopefully also inform more writers about the dangers of PA.

Tasha - Absolutely! Education is a writer's best weapon against scams, and this way it comes with plenty of entertainment as well.

Hi Maria! Rachael here. The first organization to profit from this was the SFWA Emergency Medical Fund, as that's where the money paid for the rights went.

While I hope to make my money back, this project really isn't about that - the goal is to create an entertaining teaching tool for new and aspiring writers who often don't realize that there are sharks out to scam them out of money. And that's the group that should really profit from this film, the sharing of information.

I want to give proceeds to a bunch of places (SFWA, Absolute Write), and it's far too early in the process to know exactly what I can do because I'm not sure exactly what companies/distributors will take on this project and what their policies are.

A lot of people have this image of all films and filmmakers being this incredibly glamorous, profitable lifestyle, and it's simply not true. The world of indie film is a whole lot closer to small theater and the circus life, if you will.

Up close, the sparkling diamonds are sequins sewn on the threadbare costumes passed through generations - but most people don't want to get close enough to see that.

@Gypsy - that's the idea. I honestly don't see much financial potential in this film. (It would be cool to be wrong, but I'm not expecting to make money.)

I'd love to see all companies like this held accountable for their actions, and the only way I see for that to happen is to tell the world they exist, and what they do.

I've had a couple of people asking what the initial Kickstarter funds are for, and I'll address that again here.

Primarily, getting to the various Travis Teas. I'm working out a driving/flying/couch surfing itinerary to keep costs as low as possible, but it still costs money.

Some funds will go to a microphone, a dedicated hard drive and backup for the materials, one or two lenses capable of staying sharp at large projection ratios, and the incidentals (batteries for the mic, basic food needs while traveling, things like that.)

The initial funds are also a huge help when pursuing grants for the narrative portion of the film, as grants tend to like to see additional fundraising efforts. I'm working on meeting with a couple of grant writers to discuss options and pricing for their services.

I'm doing the interview portions alone right now, to keep costs down, though there may be two situations where it will be less expensive to hire another documentarian local to the area rather than travel myself.

For the narrative, I need to pay a crew a living wage. I have a great set of contacts who are wonderful, and willing to work for a fraction of their normal rates, but they still have to eat. And that's where the fundraising comes in - I hope I've answered some questions!

If there are specifics that I haven't addressed, feel free to ask me.

Thanks for the update, Rachel. I'm glad to see PA will not profit from this at all.