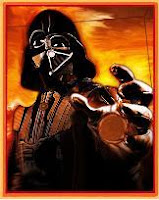 A few days ago, I read some stories* that put the fun into dysfunctional and showed just how interesting such characters could be.

Giving a character a major dysfunction isn’t the same as giving them a major flaw. It’s taking the flaw and running with it, pushing the envelope right off the table. It’s making the character fundamentally screwed up in a way that isn’t going to be worked out in the course of the novel. This isn’t a character who did something bad in the past but has learned better. This is a character who is going to repeat his mistakes and continue to ruin his life in some way, even if he defeats the antagonist or saves the other characters.

And that makes the readers hurt so good on his behalf.

Dysfunction in and of itself can be fascinating in a way that normality and decency never will be. It’s a corollary to Tolstoy’s law: happy characters tends to be alike, but each miserable messed-up character is unique in his own way.

Plus, there’s more conflict with the latter type. If a character is extremely kind or completely contented with her life, her troubles will be external ones from outside forces. On the other hand, if you make someone morbidly fatalistic or the kind of pathological liar who can’t stop putting on a performance, she’ll create her own problems, and lots thereof.

For some time now, I’ve imagined having a character much like Sherlock Holmes – determined, brilliant, resourceful – but whose drug addiction isn’t under the same control as Holmes’s was. I have no idea where this person will end up (and where the story will begin) but I know it won’t be in a good place. Which makes for great tension. Dysfunctional characters also bounce off each other in ways that normal characters aren’t likely to do, and are likely to have fewer qualms about this.

There are a few caveats about this, though. With seriously dysfunctional characters, the narrative can’t disapprove of the character’s faults or excuse them (these days, the latter is probably more likely). They have to be treated like any other character – made three-dimensional and rounded if they’re meant to command reader empathy, exaggerated if they’re meant to be amusing. And they have to be given a fighting chance to win, even if their own failings sabotage their efforts.

Dysfunctional characters range from those in cartoons to those in epic fantasies, but they’re all entertaining. And are sure to provide plenty of mileage for writers.

Your character sounds very interesting. I look forward to reading about him or her.

I think everyone is dysfunctional in some ways. But I think of it more as "lifelong issues someone has to work on". Some people always need to work on dealing with anger issues, lying, another person with allowing themselves to get close to others, etc...

When things are going well, said person will deal with their issue well. But when frightened, most often will take a couple steps back. And as you pointed out, will cause much of their own grief.

Thanks! I think that the more I write, the more risks I want to take with characters. When I first started, I wouldn't have dreamed of giving my characters such flaws or making them commit serious crimes in their pasts.

Do you find yourself doing that with your characters as well?

As for us all having lifelong issues, I hear you. I'd like to believe there were at least some people who didn't have any such problems, but when I thought back over my manuscripts I realized there really weren't any. And don't get me started on real life...

I also love taking risks and do think it's a natural growth for a writer. Well, at least with the type of things I write. Obviously, genre romance novelists wouldn't deal with dark subjects on the same degree.

I wrote a short story for Mystery Anthology Magazine that had a borderline sociopathic woman who works for an underground criminal agency. It was part noir/crime drama. I plan on writing more with her.

Keep me informed about any stories or novels you have planned with your addicted detective. Sounds like he could be an intriguing series character.