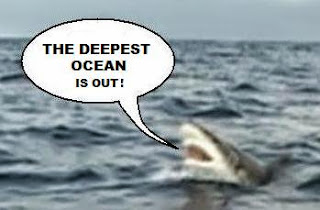 So it all started when I watched Deep Blue Sea

I’d hoped to see more done with the sharks. Special effects have come a long way since Jaws

, so I was disappointed that the sharks, once again, were just the people-eating baddies who were all offed by the end. On the subway a day later, I started thinking about what a different kind of shark story might be like.

In my mind’s eye, I saw a large deep pool as if I was looking down into it from above. A plank stretched across the pool and a little girl stood at one end of the plank. The shape of a shark glided through the water just below her.

Then she ran over the plank to the other side of the pool, and when the shark took off as well, I knew they were racing. Also, it beat her every time.

A huge predator and a human would need a good reason to be in close quarters, tolerating each other or even working together. But what if the human had a mental bond with the shark?

I didn’t want the shark to have anything beyond its natural intelligence, though. It would never be Lassie-with-fins, which meant the human would have to work that much harder to understand, protect and control it.

Unlikely that such a psychic link would have just sprung up out of the blue. So there would have to be some sort of organization which found the sharks, developed the mental abilities and fitted the people out with everything they needed. 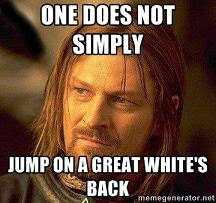 Then I remembered Denalay. When I first drew up the world of Eden, Denalay got barely a couple of lines in my notes. It didn’t have Dagre’s technology or Iternum’s powerful magic. There were a few dozen islands off its shores, so I decided the Denalaits were at war with the pirates who’d claimed those islands and left it at that.

Now I thought: what if people used their sharks to fight such a war?

Pirates and sharks were two corners of the triangle, and the apex arrived when I watched Master and Commander: The Far Side of the World

. That movie made me fascinated with ships, and I had my story. The hero was the captain of the ship. The heroine was a shark-bonded secret agent—in fact, she was once the little girl who’d run races with her great white—and they were ordered to work together to free prisoners taken by the pirates.

, a sharkpunk romance, was released by Samhain Publishing today. Read the first chapter on my website, but fair warning… you might not be able to stop at one.

Hi from a fellow AWer! I always love reading how stories come about - it sounds very cool!