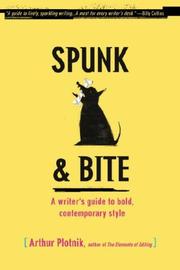 I like discussing and critiquing characterization and plot devices, but it’s much more difficult to do the same with style. That’s not just individual, it’s incredibly flexible. It’s influenced by several factors, including the author, the concept, the genre, the time period during which the story is set and so on. And very often, books on writing will warn you what not to do – e.g. no head-hopping, no adjectivitis – without giving you an idea of what you can do, who’s tried it before and how it worked for them.

If you ever wanted to play with punctuation, coin new terms and push the envelope right out of the ballpark, this is worth a look. It’s crammed with information that I might have found dry and scholarly in another context – much as I love writing, I find terms like “enallage” and “catacosmesis” a bit difficult to remember. But the author, Arthur Plotnik, always provides vivid examples, not to mention quotes ranging from Walt Whitman to Harry Potter.

Catacosmesis delivers statements in descending order of importance, often ending with a surprising triviality : I ask for peace, prosperity, and a bagel with cream cheese.

I still think whoever coined that term could have come up with something easier to remember, but to balance it out I learned miniphor - a subset of the metaphor. The chapter on colors is a paintbox in prose, with figures of speech like “an orange dress the color of a mussel’s lip”. It’s like a more fun version of a thesaurus. And there are quizzes at the end of each chapter.

Adverbs, tenses, semi-colons, onomatopoeia, neologisms, dialogue tags or the lack thereof - I knew before I started that chapter it would reference Cold Mountain - dangling modifiers and “the poetry of lists”... this book has it all. Rather than a dry, do-this-don’t-do-that guide, it’s a jostling crowd of fascinating factoids which makes it clear that writers, on paper at least, can get away with (almost) anything.

Posted by Marian Perera at 5:01 AM

Judging by the the title not a British author then. :D

Anway sounds great thanks for the recommendation, Marian. I'll add it to my amazon wish list. I'm currently reading Keys to Great Writing by Steven Wilburs which covers similar territory, and is also worth a look. Another good book on the subject is Writing Tools by Roy Peter Clark.

I learned something new today. ;)

And I loved their example.

I missed the double entendre. :)

Thanks for the additions to my own "books on writing" list - the next one up is Lynn Price's Writer's Essential Tackle Box, if I remember that right.

Tasha - lots more where that came from. It's not at all a dry treatise on grammar.

All I ask is immortality,eternal ecstasy, and an occasional kind word about Spunk & Bite---and that ain't just catacosmesis. You have cheered me greatly with your post. A firmament of thanks. And to prove that no good deed goes unpunished, I hereby hype my next book: "Better Than Great: A Plenitudinous Compendium of Fresh Superlatives" (June 1, Viva Editions)perfect for you preternatural, transmundane fantasy writers living beyond the event horizon.

Thanks, Art - I enjoyed reading Spunk and Bite and will be sure to check out your new book!