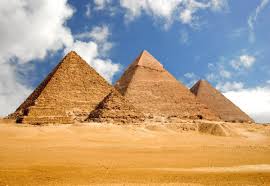 Death is a mystery, and burial is a secret.
Stephen King, Pet Semetary

Burial practices vary from culture to culture. Burial and cremation are common in First World countries, but the Zoroastrians believe that dead bodies pollute earth or fire. So they place corpses at the top of a tower – sometimes called a tower of silence - and exposed to birds of prey and natural decomposition.

If burial is intended to preserve the corpse, there are several ways to do this. Corpses could be immersed in wax – or better still, embalmed. In the far north, they might be frozen – imagine a huge berg/graveyard with headstones carved from ice. The classic example comes from the ancient Egyptians, who extracted internal organs and preserved those along with the bodies.

Makes you wonder if their elaborate tombs are to keep robbers out or to keep the dead in. Maybe both.

Of course, some burials are intended to have a different result. In the Stephen King novel, two graveyards are different sides of the same coin – there’s the Pet Semetary, where pets are buried, and there’s the Micmac burial ground beyond it. That’s the place from which animals – and humans – can come back.

Sailors have no choice but to carry out burial at sea, though they may also try salt preservation of corpses. Assuming they have the time and the space to carry these, which is by no means a given. What if each such ship had a specially bred shark following it for that purpose, though? Each time someone was newly dead or near dead, the body would be given to the shark, so that some part of the person’s soul would live on in the creature’s body.

There are other options for burials – placing a corpse within the heart of a hollow tree and closing that up, for instance. Or there may be a special city set aside for that purpose – a necropolis or gravetown. Or burial may be seen as more wasteful than continuing to utilize the body. Maybe it’s offered to an alien species which needs hosts and which is happy to accept the gift.

Burial of the dead is one of the things that links us to the earliest humans, and can be a fascinating part of another culture.

http://cae2k.com/kathryn-erbe-photos-0/egyptian-pyramids-images.html
Posted by Marian Perera at 6:02 AM

I suppose this is morbid, but I have to say this is one part of world building that I always enjoy seeing in fantasy. I think a lot can be said on what beliefs people have about the dead, and their final tibutes to those who have fallen.

oLove this post. You brought up some great ideas.

Speaking of different things to do with the dead, have you heard of the Bone Church?

Angela - If this is morbid, I also have posts written about disease in fantasy and cannibalism in fantasy. :)

Tasha - That was incredibly cool. I especially liked the part about "Mr. Rint’s signature picked out in finger bones". Thanks for sharing the link!

It reminded me that when I die, I want useful organs to be donated and the rest given to medical science. I like the idea that years after I'm gone, some sleep-deprived student is going to be poring over my bones, trying to fit them together.

Bacteria is the key, or should I say, lack there off.

Mummification can occur naturally in places which are extremely dry (and both hot and cold) such as deserts and the Arctic. Also happens to bodies left in tar pits in the British Isles, the tar suppressed the bacterial growth and left a recognizable body (extreme dryness and temperatures do the same).

In some cases you may end up actual fossilization, but that takes a while longer. And in the case of bodies destroyed by lava flows (think Pompeii) you may find a sort of natural statute creation by the extreme temperatures (although I don't recall the exact means of how it happens).