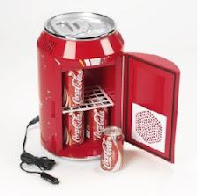 What do Stephen King’s horror novels and the Gossip Girl books have in common?

For me, it’s the brand names. Characters in King novels are always striking Diamond Blue-Tip matches to light up their Pall Malls, while Gossipgirlland is populated by Manolo Blahnik shoes and La Perla undies. This is such a good way to root the world in something readers can grasp or identify with or sigh over, using nothing more than a few words, that it’s no surprise so many other authors do the same thing.

Which made me wonder, is it possible to use brand names in fantasy? In urban or contemporary fantasy, certainly, but what about the kind I write, fantasies set in a medieval world? Is it possible to give readers that kind of instant recognition?

Example : Valyrian steel, Myrish lace (A Song of Ice and Fire). These are the easiest, so they’re most frequently used, but it also means they can be overused. If too many mundane nouns get something fantastic added to them, it becomes predictable and trite, especially if there’s nothing else to distinguish plain old tea from Tarkalean tea.

A good way to make this work is to do what Martin does : show what sets the fantastic version of the product apart from the regular. You never forget what Valyrian steel is, and Martin only needs one or two descriptions of this per book to show just why it’s so valued and admired. Then the one-word description works perfectly as a brand.

If a land or culture or craftsperson has been well enough characterized, then the qualities of that land, culture or craftsperson can be carried over to whatever they produce. Japanese paintings and poetry, for instance, are distinctive – vivid but delicate, simple and uncluttered. Not surprising that some of the best-known traditional Japanese weapons, like the katana and shuriken, follow the same strong and graceful design.

Likewise, in Before the Storm, anything made in Lunacy will be odd, unexpected and bizarre. The story itself is set in Dagre, which is practical, solid and down-to-earth. Dagre exports weaponry, and you know that weaponry will be chunky-looking and powerful. But Lunacy exports moonspun madness. Establish these patterns, and readers will soon be able to expect differences in both style and substance from the different names.

These can be anything you devise. We’re used to swords having names, but what about breeds of horse, architectural styles or fashions? In Dagre, fashions and even colors (A Quarter Past Midnight, which is a fancy name for navy blue) have such names, though only women are expected to take an interest in these.

So maybe the chief cook of Castle Loftmark has a name for his specialty. Or the painter who did the portrait of the lord’s wife does them in a recognizable style so that people know at a glance who painted them. “Ah, a Bregona. I can tell by the dragonfly in the corner.”

Foreign and untranslated words work as brand names, especially if there’s no easy English equivalent. Bat’leth, for instance, sounds better than “curvy Klingon sword held with both hands and used to block, slash and stab”. Finally, brand names can be amusing asides and in-jokes as well. The weapons in William Shakespeare’s Romeo and Juliet were guns with names like “Longsword”.

A world that has brand names is a world that’s lived in, a world which is that much more real – and which is at least a step away from the generic.

(However, for a funny take on what can go wrong with brand names, check out this post on the Wild Rose Press’s blog.)

Posted by Marian Perera at 5:10 AM

Cyberpunk is another genre in which brand names tend to add a "living feeling" to a world. IMO this is because cyberpunk is an expression of the various angsts of the 1980s, whether technological (cyberware, plugging your brain into the Internet), social and political (Glorious Nippon Uber Alles), or commercial (obsessive branding). Gibson uses it to good effect in Neuromancer, referring to the main character's new computer as "the Ono-Sendai," after its brand name.

He takes the idea to an extreme in Pattern Recognition, which is sort of a retelling of the "Mysterious Diorama" subplot from Count Zero set in the modern day. Brands are absolutely everywhere, almost nothing lacks its corporate maker's tag, and it would be over the top except that the main character is a marketing wondergirl who is psychologically hypersensitive to branding.

Branding can be overdone, though, when it is a substitute for good description: when you rely on the reader knowing what the brand is to know what something looks or acts like or why it is significant. The best users of brand naming use it to augment already strong descriptions: Valyrian steel with its rippled appearance and strength, Case's Ono-Sendai with its unparalleled speed and sleek physical design.

Now for me, I think the whole brand thing in contemporary writing is actually a turn off (when overused). The idea is to create recognition and allow the reader to identify with the character and make connections as to who they are by what they buy/wear/like, etc. The problem is, if the reader does not know the brands being waved about, then it actually creates distance and can be a turn off, not bring them in closer.

I think that in most cases, using brands copiously is a bit of a cop out--an 'easy' route to characterize. But that's just me, and I only think it would apply in contemporary works. I'd be interested to see the branding done in other genres, and feel there would be a difference usingit in a cyberpunk/scifi/fantasy book, simply because all of it would be unknown to the reader, and the brand appeal factor would be removed.

There are certainly some brands that it makes sense to use in contemporary, and it actually would take away from the story to avoid them, but these are the ones that readers would actually find odd to not see used. For example, saying that a character is drinking a cola instead of a Coke/pepsi, or saying they were meeting a friend at a fast food joint instead of saying McDonalds/Burger King, etc. It's because these brands have become the item they describe in this world. We don't think Coke is a brand of cola...it's just Coke.

Thanks for the comments, GunnerJ and Angela - you made some excellent points. I want to write another post now, on the ineffective use or overuse of brand names. What's it called, "K-Mart Realism"? It's a great topic.