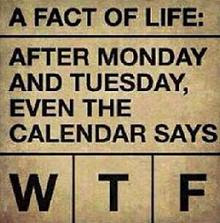 From time to time on the Absolute Write discussion board, certain writers criticize the practice of using swears in fiction.

I’ve seen “swearing is lazy and uncreative”. I’ve also seen “swearing limits sales” – and if so, great, I want to sell as few copies as George R. R. Martin does. But recently, a writer made a more impassioned version of this last argument, to the effect that, just by choosing a specific genre, we’re alienating readers. Why alienate them further by including four-letter-words?

He went on to say that no one ever discarded a book because it didn’t have swears, whereas certain readers do toss books for containing, say, the f-word. Therefore, weighing everything in the balance logically (and reminding me a bit of Pascal’s Wager, for some reason), we should avoid swears.

So, what are the flaws in this argument?

As K. J. Charles, an author of m/m romance put it, “'I don't want to upset anyone' is a useful mantra for people who write...advertising copy, I guess? Not fiction.”

It’s a much better idea to appeal to your target market and not try to reel in everyone. They still don’t give out Most Unlikely To Offend awards at conventions.

2. The second thing the anti-swearing writer overlooked was that swears have impact. That’s why people use them. Consider : which would have worked better? Molly Weasley shouting, “Don’t hurt my daughter” or “Not my daughter, you bitch”? That word delivered a pow.

3. Very often, attempts to avoid swears while still retaining the power and impact of those words results in authors using alternatives that don’t work so well. They may make up some variation like “fupping”. Any reader can see through that, and every reader will realize it’s a rather spineless attempt to eat your cake and have it.

Or the author may try for some pseudo-swear that jars with the rest of the dialogue. “Tarnation, the casualty lists just came in!” “Got the dratted napalm right here!” This sort of dialogue never sounds authentic (and readers do stop reading books for this reason!). I’m reminded of this review:

Radford also ill-advisedly comes up with an all-purpose swear-word for her characters, and it completely throws you out of any mythic sense you might be experiencing when someone inanely blurts out "S'murgh you!"

In the end, I’d rather be true to my characters and my story than worry that I was alienating readers who probably wouldn’t be my target market anyway. Besides, I don't agree with Mormonism, but I enjoyed Orson Scott Card's novel Saints. I don't agree with Objectivism, but I liked Atlas Shrugged. If I don't need my reading material to exactly reflect my personal views, maybe other people will feel the same way too. Readers may not want to swear or fight pirates or go anywhere near a shark. But if I write well enough, they’ll understand why my characters do.

ETA : Also, check out Good Bad Language, a blog post by K. J. Charles. Because this post covered another anti-swearing suggestion I've seen, the idea that we could substitute "He swore violently" and thereby avoid the dreaded f-word. A bit like how we could write "He made love passionately" and do without sex scenes, I suppose.

Exactly! Let the character decide whether it needs to swear or not in the course of the story.

The only time swearing annoys me is on blogs or articles. The writer tends to call attention to himself rather than the message. The more they swear, the less importance the message carries--at least to me.

I agree. I let my characters swear when necessary. As a rule of thumb, I try to keep it to a handful per manuscript by challenging each one to make sure it needs to be there. Great post, thank you!

Maria - Agreed, using such words in posts or articles is quite different. Unless the writer has a strong narrative voice, maybe. But even then, I wouldn't want my personality to get in the way of what I was trying to express.

Evelyn - I must admit, I like it when my characters use what TV Tropes calls "Precision F Strikes", and for that, there can't be too many per manuscript. Which is why it's frustrating when people seem to think that you're either writing a clean, creative, good manuscript or you're using four-letter words left and right. Glad you like the post!

I think the important lesson I'm taking away from this is that you can't decide not to offend anyone and still write fiction; or not fiction that anyone will want to read, anyway!

I have a high tolerance for strong language but I still prefer it to be rationed in a book because otherwise for me it loses its impact.

I understand what you mean about silly made-up words and on the whole I agree, although "gorram" in Firefly worked for me - but it seemed like it was part of the whole world building scenario. Or maybe I just liked the program too much to care!

Thanks for mentioning that, fairyhedgehog. "Smeg" worked fine for Red Dwarf and "gorram" wasn't out of place in Firefly. But these didn't come off as the writers trying to avoid swearing altogether. "Smeg" sounds dirty in and of itself, and Mal's crew used some inventive swears in Chinese. Besides, remember Simon's famous "Son of a bitch" when he saw Jayne's statue?

And yeah, if something works for you, it's easier to give it the benefit of the doubt.