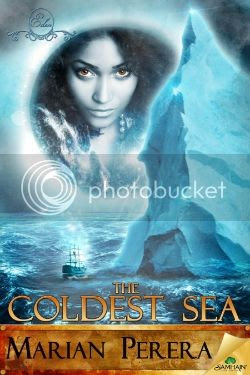 Urban fantasy isn’t my cup of strong dark coffee, but I had to check out Stacia Kane’s new release, Unholy Ghosts

. Know why? The heroine is a drug user.

And I don’t mean the kind who smokes a recreational joint occasionally, or who tries cocaine once, feels guilty and Just Says No from then on. No, Chess Putnam is hooked on some fairly hard stuff and owes a lot of money to her dealer. Oh, and she’s a witch working for the Church of Real Truth and Debunking ghosts when she’s not banishing them.

The first chapter sets the stage for the story, and it’s a great example of how to describe the magic system without obvious infodumps. Have the ritual go wrong, seriously wrong, with the summoned psychopomp unable to differentiate between the ghost’s dead soul and Chess’s living one. Just about the time she needs a fix, too.

Things get even worse for her from then on, since her dealer Bump claims she owes him four times more than she actually does. But he’s got a way for her to work off the debt. There’s a certain abandoned airport into which he’s hoping to fly supplies – except his planes keep crashing. Whether that’s due to ghosts or not, he wants her to find out.

Even if Chess can handle that, a rival gang gets involved as well – their leader does not want Bump expanding his business – and there’s a mysterious creature on the loose, a demonic manifestation that feeds off dreams. Her attraction to Bump’s enforcer isn’t helping either. I kept wondering what would happen when he found out he had a rival for her in the other gang leader.

A couple of caveats, though. The drug use in the book is constant, and Chess doesn’t give it up by the end. She’s had a brutal past, and if she needs chemicals to make her present better, chemicals she will take. I love protagonists this flawed, but it’s something readers might want to be aware of.

The other thing is that I guessed who was behind the demon summoning – the person first suspected seemed a plausible candidate, but there was someone else who came off as ineffectual and therefore passed over. But that’s pretty minor compared to everything else: the action, the characters and the dark gritty world of the Downside.

And if this review makes you want to read more, I’m giving away a copy of Unholy Ghosts

to a lucky commenter! Just leave your email address and let me know what interests you the most about this novel. Open to anyone in the US or Canada, until midnight (yeah, that’s appropriate) June 8.

Posted by Marian Perera at 8:22 PM

The heroine intrigues me and I love a bit of magic. Thank you for posting your thoughts!

I don't usually read books like this, but I'd like to give one a try. A drug addicted witch--sounds interesting. Thanks for the chance.

The story is interesting and magic is always enticing. Among other books in the Urban Fantasy genre, I would rather prefer the riveting story of Bree Tanner, grippingly told by Stephenie Meyer in The Short Second Life of Bree Tanner: An Eclipse Novella combines romance, mystery and danger extremely well. Was lucky to get the book at huge discount, don’t know if others are also equally lucky or not.

Wow, this sounds really interesting... I like the combination of different topics, and I have come to like urban fantasy really much. And I love heros/heroines who are not run-off-the-mill good and shiny. Therefore...

Urban fantasy IS exactly my cup of strong dark coffee. And I am interested to see how the drug use is presented, since it can be a thorny issue for an MC.

Whether I win or not, thanks for letting me know about this book! I really want to read it now.

I love this type of genre. I love anything paranormal.

I bought this book because of the drug use kerfuffle over at Dear Author. I'm about 7 chapters (maybe 8 - I have to squeeze in reading in teeny tiny slices of time!) in and I am loving it. This is the first urban fantasy I've ever read and I think it's great.

I'm interested in reading her book b/c I've seen her around at Romance Divas.

Found your site thru your Absolute Write Water Cooler comment. Looks interesting so I'll keep an eye on you.

This book sounds interesting because of the protagonist with the drug habit. Also the tapping into dreams concept. And I'm curious about Urban Fantasy.

Just what agents and publishers want in a novel: a twist with a fresh approach. This fits the ticket.

I've come to really like urban fantasies, but I will pass on the give away and let another commenter be recipient.

Well, I just picked up Kelly Meding's "Three Days to Dead" as a way of branching out in the UF sphere beyond the Dresden Files. Also wanted to support a fellow AWer.

Sigh...I'm not eligible for this contest.

Although the drug thing puts me off a little, my reluctance to read this is balanced by my curiosity to see how the author pulls this off. And my hat is off to her for producing a book which is definitely a one-off.

I think my main curiosity with the book is how it will end. It could go in so many directions.

It would be a whole new world for me, but it sounds fascinating!

Sounds like a good book, but I'll be honest, drug use usually turns me off. I will have a look for it tho, based on this review. :)

Thanks to everyone who participated! Barbara, glad you liked the review. It's fun to write one when there's so much to say about the book.

I just put everyone's names into a teacup (in lieu of a hat) and the winner is Melanie. Congratulations! Expect an email.